Edit: a couple of months after this post was published, the University of Warwick ‘disbanded’ TeachHigher.

Last week I received an email from a departmental secretary about TeachHigher. The department I am based in – Sociology – has been enrolled in the TeachHigher pilot scheme for several months now, but this is the first time that PhD students have been officially informed of this.

I strongly suspect that this email (identical to emails also sent to PhD students in the Politics & International Studies and Philosophy departments) was written to counter some of the negative publicity received by TeachHigher over the past couple of weeks. It repeats a number of claims also made on social media and in press statements by University management and their representatives.

It’s a horrible feeling to have, but I honestly believe that our institution is being deeply dishonest with us.

In this post, I outline why this is the case, with reference to claims both made in the above email and more widely.

“TeachHigher [is] designed to give a fairer, more transparent and consistent approach to the recruitment and remuneration of hourly paid teachers and researchers”

The actions of the University over the past few months suggest that TeachHigher will be anything but fair, transparent and consistent.

These concerns could be dispelled if the University was to share information demonstrating that hourly-paid staff will be paid fairly.

TeachHigher is “not an outsourcing”

Many critics of TeachHigher have described the new body as a scheme for outsourcing teaching work within academic departments. Warwick has been keen to counter these claims, noting that TeachHigher is owned by the University.

This situation is not a straightforward one, and the comparison with Unitemps is important for understanding why.

This is a very canny business move. Rather than use an external employment agency to hire workers on less favourable terms and conditions, Warwick has created its own.

All existing evidence points to TeachHigher also being run through a subsidiary.

In a sense, hiring teaching staff in this way could more accurately be described as ‘internal outsourcing’. I have also seen it described as ‘insourcing’. Regardless of what you choose to call it, however, the entire point of these organisations is to create a situation where university departments have (at least) two tiers of academic workers. This makes it easier to treat the lower tier poorly, and to prevent different groups of academic staff from working together for better conditions.

It’s also worth making the point that Unitemps is already used to employ hourly-paid staff at a number of universities (including Leicester and Nottingham) and Warwick is intending to roll out TeachHigher to other institutions also. This will by definition amount to the outsourcing of teaching and research staff.

TeachHigher is “an academic services department”

I’ve seen this phrase used a lot by University management and their representatives. The more prominent recent example would be in the Warwick Insite news article Update on TeachHigher, which states the following:

I’m not sure what this is supposed to mean. TeachHigher is indeed now listed on the “Services and facilities” quick links mean at the bottom left of the Warwick home page; as is Unitemps. This classification, however, tells us nothing about TeachHigher’s place in Warwick’s corporate structure, nor about the way it will treat hourly-paid staff.

There have been no official statements on this issue, but numerous discussions have occurred both on social media and in private correspondence. The University line appears to be that TeachHigher will recognise UCU, and that staff hired through TeachHigher will therefore be able to participate in union activity in the same manner as at present.

Whilst in theory hourly-paid staff working through TeachHigher cannot be fired for participating in industrial action, in practice it will be hard to prove that this has happened.

Moreover, as Philosophy Head of Department Matthew Nudds has noted, hourly paid staff will “not [be] covered by collective bargaining”.

There are two actions that senior University management can take to dispel criticism around TeachHigher.

2)   Replace the Temporary Worker Agreement with a proper contract of employment that clearly states how staff will be paid for every hour worked.

I would like to see more than this, of course, but would personally welcome these actions as important steps in the right direction.

I’ll end with a quote from UCU Warwick:

“Teach Higher claims that it wants to make the employment of casualised academic staff more ‘standardised and efficient’. We say that the best way to achieve this is to end casualised contracts and give fractional and fixed-term staff the same rights as permanent staff.”

[1] TeachHigher front page before and after modification (click to enlarge): 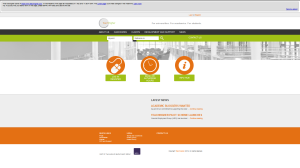 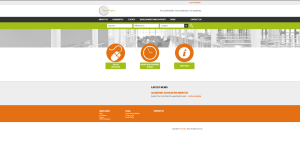 [2] Note: the WEG website has also been edited. The site previously stated unambiguously that TeachHigher was part of WEG. This has been replaced with a somewhat more coy (and less meaningful) statement: “[WEG] is also supporting the new TeachHigher service at Warwick which is an Academic Services Department designed to support university departments engage their flexible teaching resource”. However, TeachHigher is listed as part of WEG in this map of the University’s services (also reproduced above).

[3] In theory. In practice, contracts can take months to arrive, and are often inaccurate.

[4] Source: PhD student teaching at the University of Leicester.

3 thoughts on “TeachHigher: a critique of claims from the University of Warwick”